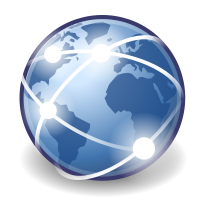 Submitted in partial fulfillment of the requirements for the Master of Library Science Degree, at The School of Information Science and Policy, The University at Albany, State University of New York.

From this page you can obtain a copy of my large bibliography of the development of the Internet. This bibliography has been available at various points around the Internet since I released it, and I understand that is has been used as a pathfinder document for subsequent research on the subject. I have made it available here as an historical bibliography.

The Internet has had a very tempestuous history. This work traces the development of the Internet from the late 1970’s, through 1993. That was when the World Wide Web changed the overall look of the Internet from scientific curiosity, to publicly accessible resource. The infusion, and subsequent collapse, of the commercial entities came later.

Give that this document is over twenty years old, it is now very out of date, and obtaining it has become difficult. A full update of this document is beyond what my time permits, though I retain hope. Given the age of this bibliography, any potential users should treat this document as a historical list. I released this document in April of 1993, which was just before the World Wide Web changed the nature of the network. Even so, the groundwork for what would become the Web was in place by 1993, and many of the issues that the Web brought about were already apparent.

Weather I update this document or not, I hope it continues to be a resource for researchers and scholars in the field of library science, and information technology.