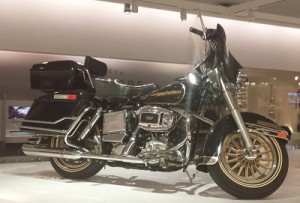 Operation Bandicoot, day 3, July 12
This was actually a down day, and we didn’t do much of anything other than visit with the gathered family members. After all that driving, it was nice to be away from the wheel for a while.

Day 4, July 13
Lisa has a lot of family in the upper Midwest, especially in Wisconsin. So, we arranged to have a mini-reunion of sorts in Milwaukee, which is sort of the half way point between Chicago and the Appleton area where they live. The designated meeting spot was the Harley Davidson Museum, showcase of the last great American motorcycle! 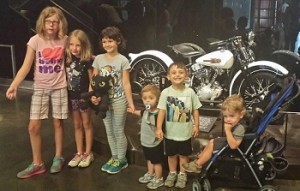 I actually found the museum very interesting, and I’m not a biker. If nothing else, I now have a lot of new ideas for Erector models! I took a lot of photographs of many historic motorcycles. Here are some of the ones I found interesting. 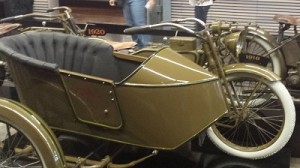 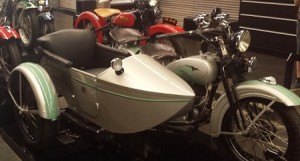 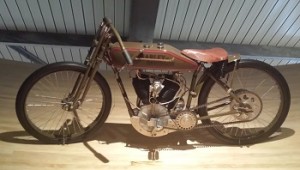 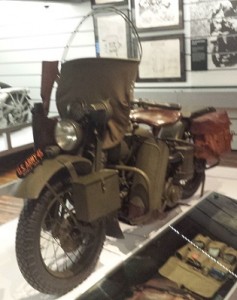 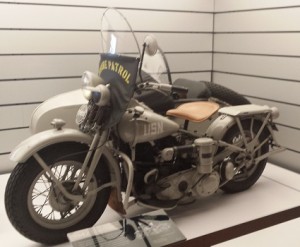 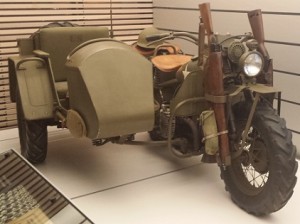 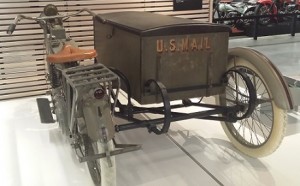 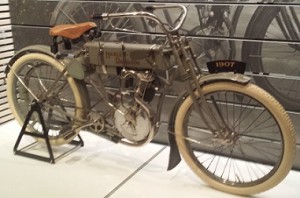 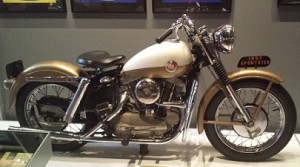 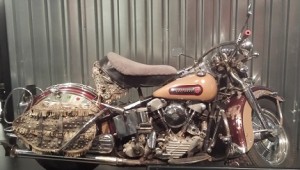 Here are a few that were just plain weird. 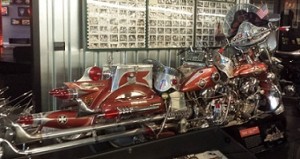 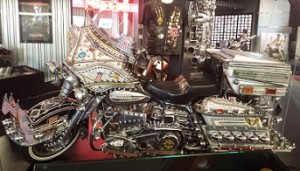 And here are some bikes that were featured in major motion pictures: 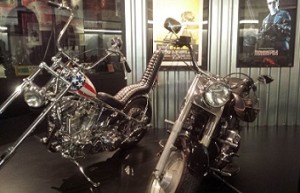 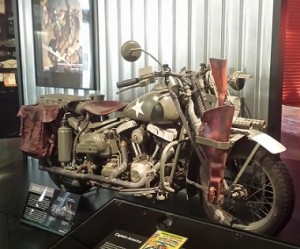 The museum has a section where people can pose on actual bikes. We made good use of that. 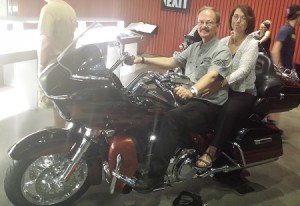 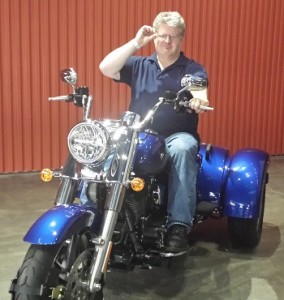 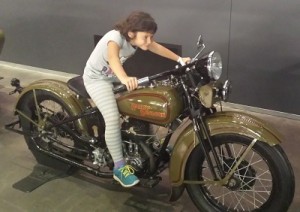 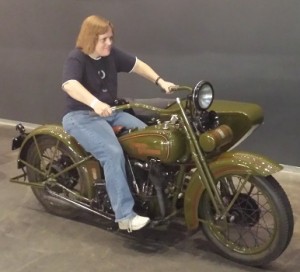 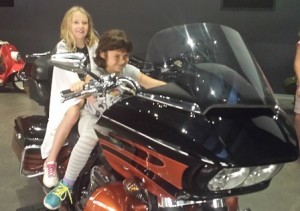 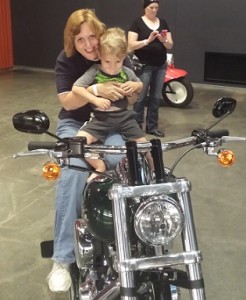 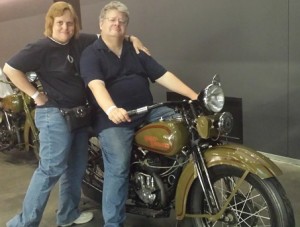 In all honestly, I would never want to own a motorcycle. I think they are fascinating pieces of engineering, but I don’t trust my sense of balance enough to seriously want to ride one.

But if I did own a motorcycle, it would look like this: 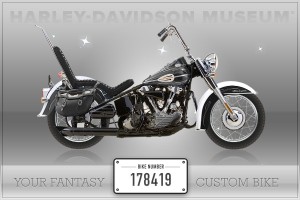 The museum has an interactive application where you can design a custom bike using features from many classic Harley Davidson models. This image was generated from that application.

After the museum, the batch of us went to a local pub and grill called Soblemans, where we all ate huge burgers with all kinds of fried side dishes. After this, I figured my A1C was trashed for the month. 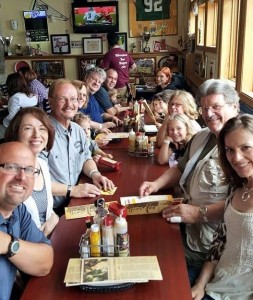 After lunch, we all went our separate ways. On the way back to Crystal Lake, we took a rest stop at a small Wisconsin town with personal significance: Lake Geneva. 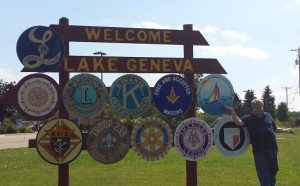 What’s important about Lake Geneva? Lake Geneva, Wisconsin, was the corporate location of the game company Tactical Strategic Rules, better known as TSR Inc. Their claim to fame (infamy?) was the original Dungeons and Dragons role-playing game system. I can safely say that from the late 1970’s and well into the 1980’s, most of my allowance money ultimately ended up in this town. In fact, I made regular contributions to this town’s economy until the company closed in the late 1990’s. In 2003, I got married and realized I no longer had time for role-playing games. At some point in the near future, my collection of TSR materials is likely to show up on ebay.

Next: Everything is awesome!

One thought on “Get your motor running”