As many of you know, there was recently a death in my extended family. Namely, my dad’s kid sister Mary Pat.

My strongest memories of my aunt Mary Pat involve her singing voice. In particular, the musical prelude she sang at my uncle Tom’s wedding in 1979. She had a mezzo-soprano voice that was almost opera level in power and control. Another time, at another family event, we were all singing in church, and she overpowered everyone within a twelve-foot radius. And she was holding back!

I didn’t spend much time with her (that I can remember, anyway) until the mid-1970s during a visit to Dayton. Unfortunately, what I remember most of that trip was an ear infection that had me flat on my ass for several days. We spoke many times at family events over the subsequent years, and created some good memories. She had a very sweet, outgoing nature, and a vibrant, razor-sharp sense of humor. 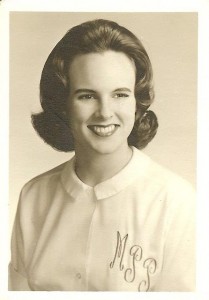 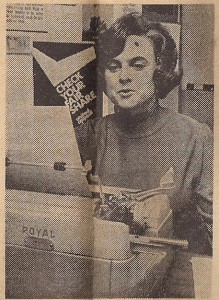 Snapshot from a 1970 newspaper article. 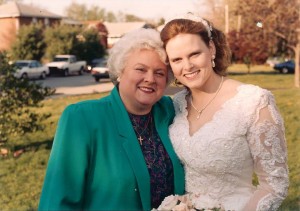 Obituary from the Dayton Daily News.

I sometimes have trouble writing things like this, but the obituary from Dayton probably sums up Mary Pat’s life better than I ever could.  The heavenly choir just gained one hell of a mezzo-soprano.

Sleep well, aunt Mary Pat.  I’ll be sure to sing Little Bunny Foo Foo to my kids for you.