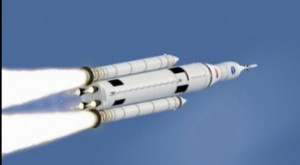 Orion is arising, you can see his stars a’ blazing.
Way out here in the middle of a deep blue country sky.

In an earlier article , I relayed my jaded, disillusioned view of the space program, and at the prospects of future space exploration. That article was originally written ten years ago. This article reflects how I see things today and now. Things don’t look as dark as they did in 2004.

It looks like the United States will soon be back in the manned space exploration business. On December 5, NASA’s new manned spacecraft, Orion, was launched, made two orbits of the earth (that included two flights through the Van Allen belt), and splashed down in the Pacific, about 600 miles southwest of San Diego. Analysts are saying the ship exceeded performance expectations, and called the overall mission “picture perfect.” OK, so this new thing works. When can we go to Mars?

I’m just kidding. Mars is on the itinerary, but it’s not the first stop. I think the first stop will be the International Space Station, followed by some points in high orbit, and a return to the moon.

Some are saying that this will be a new beginning for space exploration, that this time we’re going to do it right. But a lot of people are also saying that this is just another false start that will lead to just another dead end. Both of those sentiments have been stated before, and at different points in recent history, both have proven to be true (for a time). Statistically, this could go either way.

For a long time the space program has been regarded as an overpriced luxury program that was all glitz and publicity, so a lot of people were opposed to it. That attitude seems to have faded. People have become more aware of the how much tax money that NASA and her contractors really consume, and it’s not that high when compared to many other programs. And, people have become more aware of how the space program helped stimulate other facets of the economy.

I’ve also long maintained that the biggest obstacle to space exploration has been a psychological one. As a species, we simply haven’t been very interested in outer space. One of the biggest arguments against space exploration has been the plethora of problems here on Earth, and that we should solve those problems first. Some of the problems here on Earth have been around since antiquity, and we haven’t solved them yet. I don’t think that’s going to change no matter what we do, so we shouldn’t let the chronic pains of civilization hold us back.

Ironically, the solutions to some of the world’s problems may actually be in outer space. Energy collection and production, for example, might be assisted by space based technology. Many advances in the applied sciences can be traced back to space exploration and development. Even food production (hydroponics) may be helped or improved with the use of space based (or derived) technology. My point is that solving the problems of the world and space exploration are not mutually exclusive tasks. In fact, they may be two sides of the same coin. The solutions to a lot of our problems “down here,” may turn out to be “out there.” If that’s the case, then why not find what we need “out there,” and bring it “back here?”

On a more pragmatic level, the space game has changed in the last few years. For a long time it was strictly a big-government operation. After the loss of the space shuttle Columbia, a lot of long standing policies and practices were re-examined, and the government monopoly began to loosen up. As proof, the Space-X Dragon shuttle has run four logistical missions to the International Space Station (a fifth is scheduled for December 16th of 2014), and has delivered several payloads for commercial and academic clients. NASA and the other national space agencies aren’t the only active players in the outer space arena any more.

You may be wondering why we need to have national space agencies at all, now that corporate and private entities have found their way into the game. I suspect the answer in scale. Some endeavors, like a moon base or a manned mission to Mars, require a lot of logistical co-ordination and resources to have any hope of succeeding. If you want to do something like go to one of the Lagrange points, Moon, or Mars, you’re going to need the backing of someone who can call on a huge variety of resources at a time. At this point in history, the only entity with that kind of reach is a government agency. That will almost certainly change with time. For a long time, even a trip to low-earth orbit required government backing, but that is no longer the case. But for right here and right now, NASA and the other national agencies are the only ones with a real chance of trailblazing beyond low Earth orbit.

Orion is supposed to be part of such plans. Some people may remember the Constellation program from the late 2000’s. That program was largely gutted by President Obama. I think his exact words were “it lacked innovation.” He took a lot of flak for ending it. I wasn’t very happy about it myself, but after looking it over, it made sense. A lot of the technology in Constellation already existed, and was being expanded and developed by the private sector. Again, look at the Dragon. Originally, Constellation had a component that essentially did the same sort of thing, but it was going to require a few years of research and development to deploy. Naturally, the question arose: why develop a new vehicle, when this private sector vehicle, which is close to ready, can do the same things? In the end, Space-X was given a contract, by NASA, to provide logistical support vehicles for the International Space Station.

As for Constellation, that program was broken into pieces. President Obama wanted NASA to concentrate on projects that the private sector wasn’t exploring. Empirically speaking, why duplicate efforts? So, those facets of Constellation that were already being covered were dropped, and energy shifted to those facets that remained. One of these was a long range, manned crew vehicle, nicknamed Orion, that was designed along the lines of the earlier Apollo program. A prototype of this new manned vehicle was successfully test flown on December 5th. Some people have scoffed at Orion, saying that it’s nothing more than a re-hash of Apollo. To that I must ask: is being a re-hash, or update, of the vehicle that took humanity to the moon a bad thing?

Another thing that NASA was tasked with was developing a heavy lifting rocket stack on par with the mighty Saturn-V. Some of the technology for this new heavy lifter was used to loft Orion, and while there were some problems with the fuel valves, it ultimately worked the way it was supposed to. It still needs fine tuning, but this really is rocket science, so we shouldn’t be all that surprised.

So, in a few years we will once again have a crew vehicle that is designed to explore far beyond Earth orbit. And, if all continues as it has been, we will soon have a super booster capable of carrying that vehicle to such heights. From where I’m sitting, it looks like we’ll soon be capable of some heavy duty space development. When it comes to space development, we haven’t been in this good a position since the early 1970’s.

I remember when I was little more than a toddler, watching the first manned landing on the moon. In the years since, I’ve been listening to grandiose plans and ideas for space development, most of which went absolutely nowhere. But this time we actually saw a prototype vehicle launch, fly, and land. And for the first time in many years, I figure I may actually live to see another manned moon landing. Luck permitting, I may even see a landing on Mars. Even if I don’t, my children almost certainly will, and that’s good enough for me.

I’m cautiously optimistic, because the future no longer seems quite so dark. 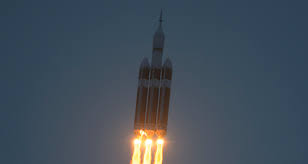