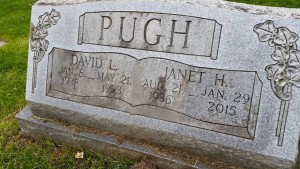 The last few months have been difficult for me. The reality of my mother’s death didn’t really hit me until around Easter. Let’s just say I was very depressed, and my mind went into a very dark place. Mother’s Day was equally difficult.

With both of my parents gone, my connection to the past is now gone. Until that point, I had an anchor, and a connection. When times were bad, I could always turn to Mom for advice. I can’t do that anymore. If I no longer have an anchor, it’s because now I am the anchor. When I looked at my family tree, it used to be that I was one link in a chain. But now, there is no one ahead of me. I am no longer part of a line, but the beginning of one. And since I am at the beginning of my family line I am now, arguably, part of the outgoing generation.

I have become very aware of my own mortality. I have already seen and read about people in my age bracket dying. Lately I’ve been thinking about what I want to do or experience, and finding out what would be needed to make those things happen. I should have another twenty or thirty years, so I shouldn’t have to rush. But my time is still finite, and I’m quite certain that the time before me is shorter than the time behind. So I shouldn’t just sit around and wait for things to fall into place. Whatever was going to fall into place has, by now, already done so. The rest is up to me.

To anyone reading this, I would advise you to pursue whatever dreams and goals you can, while you still have time available. If you’re young, reach for the sky, and don’t be afraid to make mistakes. If you’re old, enjoy the memories of your successes, no matter what they are. But at the same time, look around. You may still have time to squeeze in another dream or two. If you’re in the middle, like me, draw a line between the flighty dreams of childhood and the attainable ones of maturity, aim at one of the later, and forge ahead.

It’s been said so many times that it’s a cliche, but we only live once. Make it count.