Day 7, July 16, was a down day. We spent the day relaxing and socializing with family in and around Crystal Lake, and running some local errands.

Our stop for day 8 was the Field Museum of Natural History, in downtown Chicago. It is one of the more famous natural history museums in North America, and one of the most popular. One of the famous attractions of this museum is Sue, one of the most complete Tyrannosaurus Rex specimens ever discovered.

Other dinosaurs can be found at this museum, including, but not restricted to…

Eoraptor, one of the earlier dinosaurs. 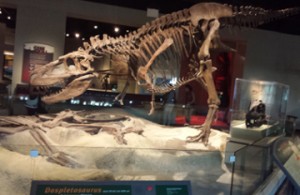 Daspletosaurus, a smaller cousin of T-Rex. 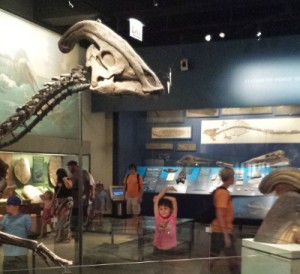 Parasaurolophus, one of the hooting
hadrosaurid, or duck-billed dinosaurs. 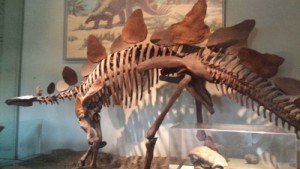 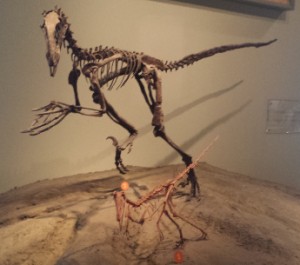 There are other types of extinct animals as well, including these: 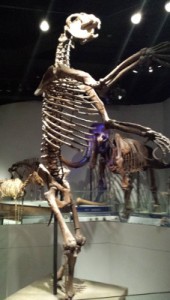 I think this is one of the giant ground sloths, that were native to Central and South America. 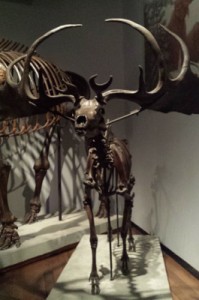 I believe this is an Irish elk, which went extinct during the pre-Roman ancient era. 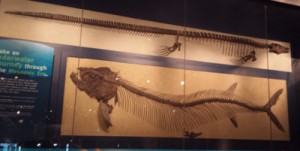 Some ancient fish and sea faring reptiles from the age of dinosaurs. 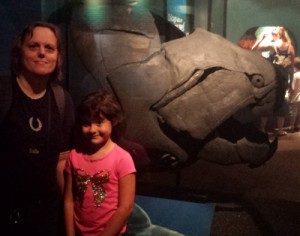 The scariest looking fish I have ever seen!

The museum also has a rebuilt Maori house. These houses are still important in Maori culture, where they serve as both a town hall and community center. It’s customary to remove one’s shoes when entering one of these halls. As such, this was the one point in the day where we didn’t have to keep putting Michael’s shoes back on. 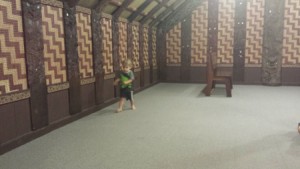 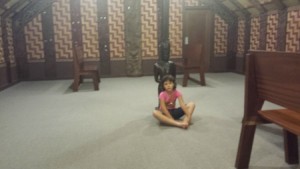 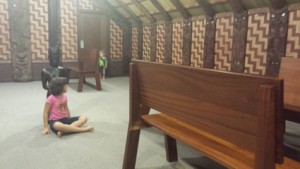 During our visit, there was a special exhibit on Vikings running, which was great because Caitlin had recently been learning about Norse history in school. 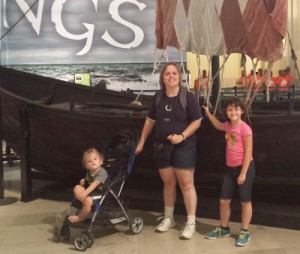 Michael, Lisa, and Caitlin in front of a restored longboat. 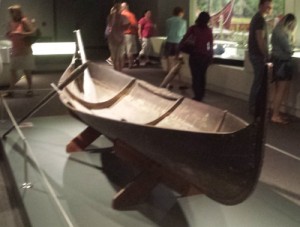 One of the smaller, skiff-style boats that Vikings used for local traffic and light fishing. 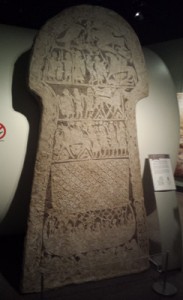 This gallery barely scratches the surface of what The Field Museum has to offer. It’s another place that I strongly recommend visiting if you’re ever in the Chicago area. This was our second visit to this place, and I suspect it won’t be our last. 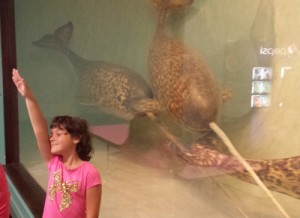 Caitlin camping it up in front of some mounted narwhal specimens.

A final look back at Sue the Mighty.

After the museum, we braved our way through Chicago traffic to attend the rehearsal dinner for Lisa’s cousin. Having driven in New York City, Boston, and Washington D.C., I’ve braved some pretty nasty traffic in my time. One thing I can say about Chicago drivers is, well… they are keen to reduce travel time.

Next: Down on the farm