Originally posted on DeviantArt.Com, December 17, 2007. I am re-posting it here today, on the anniversary of his death.

Farewell to a Troubadour 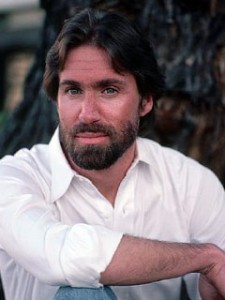 “Death is there to keep us honest,
and constantly remind us we are free.”

One of my idols died yesterday.

I’ve been a follower of Dan Fogelberg since I started listening to popular music in 1980. I can hear the chuckling now. Fogelberg has long been associated with over-thought lyrics and retro-Victorian imagery. But still, his music spoke to me, and his simple approach to music stood out in the era of over-produced synthesizer and metal dominated rock. He generally stuck to basics. Granted, some of his lesser known pieces have elements of heavy synthesizer and growling metal guitar (check out his dissonant solo riff in “Ghosts”), but even then, he kept the basic structure, well, basic.

He was a personal inspiration for me in many ways. When I started teaching myself guitar, his flat-pick style was one I tried to learn. When I tried my hand at songwriting, I looked at his lyrics for guidance. Like any musician, even a hack like me, I eventually developed my own unique style of playing (sort of), but Dan’s influence is evident. As for my song lyrics, well, the less said about those the better. But Dan inspired me to give it an honest try.

Dan was diagnosed with advanced Prostate cancer in 2004. He strongly encouraged every man to undergo the necessary testing as early as age 40. Most doctors’ say age 50, but Dan suggested 40 to be on the safe side. I’ll be turning 41 in two months, so I guess I should go through that delightful procedure. Lucky me. I’ll have to be careful what I have for breakfast that day…

Dan essentially retired after being diagnosed. In an open letter to his fans he thanked them for their support over the years. He had no plans to return to music, but he kept the door open. His cancer had been in remission for much of the last two years, but apparently it made resurgence earlier this year. He died peacefully at home; that’s the best way to go.

I have almost all of Dan’s albums, mostly on cassette and vinyl. I regret having never seen him perform live. My sympathy goes to his wife, Jean, and the rest of his family and friends.

Sleep well, Dan, and thanks for the music.

This article is several years old now, but my words still hold. I still listen to his music, and I occasionally hear covers of his songs done by various artists on Folk Alley. As someone once put it, he was a music legend from a different time.

Also, at this writing in 2014, I’m approaching 48, and I have had that delightful testing procedure done twice. So far, clean. I have other issues, but not that one.