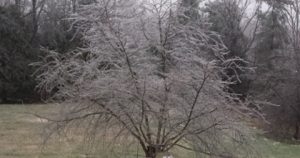 I can safely say this this calendar year started out well. I began to feel ambitious again. I wanted to do new things. I wanted to achieve things. I even made a list of resolutions for the year, and I was seriously going to try and meet them. In all, things were looking up.

But at the end of February, everything fell apart. That is the primary reason this blog has been quiet for several months. I’ve been a bit… preoccupied.

It began with a warning of unsatisfactory job performance at work. I don’t think I need to explain what that can result in. It wasn’t long before the cause was identified. I apparently have Attention Defect and Hyperactivity Disorder, commonly known as ADHD. The signs have been present for quite some time, but for whatever reason I never made the connection. Nor did anyone else in my life, apparently. My wife knew something was wrong, but like me and everyone else, she though it was that damn clinical depression I’ve been struggling with since who knows when.

I’ve been having trouble at my job for quite a while. There are a lot of things to remember and keep track of, and quite often I was overwhelmed. I also have never felt confident in my job, nor do I feel accepted by my colleagues. I’m not afraid to say that I have some colleagues who have openly questioned my competence and why I am even there. What’s worse, for a long time I genuinely believed that they were right, that I was not cut out to do my job, that no matter how hard I tried that wasn’t going to change, and it was only a matter of time before I was shown the door. It wasn’t until January, ironically, that I began to feel differently on this matter. I’m not sure why, but I started taking a different stance of a lot of things. By that point it was too late to prevent the performance warning.

At my agency, an unsatisfactory performance rating often results in a demotion or dismissal, which they euphemistically call “separation.” I had 90 days to improve. I did take steps to change my life and improve my job performance. But at the end of the 90 days I needed more time. Fortunately, thanks to the help of my doctors and my professional guild, I was able to get an additional 60 days. At this writing, my extended re-evaluation period will end in late July.

But that’s only part of the story. I wasn’t only having problems at work. I’ve been having problems at home as well. I’m almost always tired and short tempered. When I get home in the evening all I ever want to do is sleep. My brain simply doesn’t want any more stimulation, nor does it want anything asked of it. When all of this came to a head I asked my wife to make a list of personality changes she has noticed in me in the last few months. I won’t list them here, but some of them really hit hard.

I later shared this with one of my doctors, and his immediate response was advanced depression. That was no surprise, but it acquired a new wrinkle. One fear we had was that I had suffered a micro-stroke, but some blood tests pretty much ruled that out. (I don’t know how blood samples can determine something like that, but I’ll assume my doctor knows what he is talking about.) Another possible culprit was my hyperactive blood sugar, but he thinks that is a result and not the cause. He thinks the root problem is that I have been under so much stress for so long that my metabolism became unbalanced.

(There is a correlation between excessive stress and haywire blood sugar, actually.)

Over the last few years, I have been under constant, relentless stress from multiple angles. I’ve been dealing with the clinical depression, problems at work, problems at home, Michael’s medical history, some of Caitlin’s problems, diabetes, my mother’s death, Lisa’s car accident last August, and my weight problem. I’m sure there are other things as well.

Some of these issues have resolved themselves and faded. But the problem is the “damage” they did while they were happening. I was overloaded with stress and worry, and apparently it was more than my mind could handle. This caused the ADD to manifest itself. So even though some of the issues are no longer a concern, the residual effect of the stress has remained.

One thing I need to stress is that ADD and ADHD are not “acquired” conditions. They are genetically based (which also suggests they can be hereditary), and can manifest in different ways. My doctor figures that I simply hadn’t been diagnosed. A lot of people with ADD and ADHD are never diagnosed, because the condition is not problematic so long as the patient can compensate. And generally people compensate without actively thinking about it. Like anyone else, they find courses of action that work best for them, and proceed. They may not realize they have ADHD, and so long as they can continue to compensate, the condition will go unnoticed, and may never be a problem.

It’s when the patient loses the ability to compensate, and can no longer find effective courses of action, that the condition becomes apparent. My doctor suspects that up until 2-3 years ago, I was able to compensate, at least sufficiently, to keep ADHD at bay. But then I was hit with too many things in too short a time, and it became more than my depression and ADHD riddled mind could handle. Even so, I tried to compensate and roll as best I could. Along the way my brain chemistry was changing, as it tried to continue compensating. Sadly, the changes didn’t work. Unfortunately this how it often happens, my doctor said. Once the ability to compensate is lost or becomes insufficient, and ADD fully manifests itself, it’s as good as permanent.

I described my situation as “overclocking” my brain, like one can do with a computer. By means of overclocking, it is possible to make a computer go faster and therefore do more things. But the system board is operating at a hertz rate that exceeds design specifications, and it will eventually overheat. When that starts to happen, it’s not long before the chips are fried and the computer is as good as toast. The doctor liked that metaphor.

One he likes to use is to compare it to managing fires. There is a limit to how many “fires” one person can manage at a given time. For someone with ADHD, that number is lower than most. In my case, some of the fires went out of control, because I couldn’t divert the necessary attention to fight them. I simply had to let them burn.

There was an episode of the animated show Gravity Falls, called Dreamscapers, where one of the characters used virtual-reality technology to look into another character’s brain. The place looked like a very convoluted wooden house. If someone were to do that with me, parts of my brain would look like the aftermath of a forest fire.

After her car accident, Lisa was found to have a serious vision problem, which had not been apparent until that time. The eye doctor called it a “reveal,” where a condition the body had been compensating for, and hiding, suddenly becomes apparent and the body can no longer compensate. I had a reveal of my own. Near as I can tell, up until around 2013, I had been doing an elaborate balancing act to keep ADHD hidden. But once that balance was upset, the ADHD did a reveal.

This also reminded of my father’s condition. He died of an angina rupture, which is genetic in origin. There are symptoms, but it’s hard to make the connection unless you know exactly what to look for. My father was generally OK. He had blood pressure problems, and was badly overweight, but he managed to keep both of those conditions more or less under control. At the very least he was able to prevent them from getting worse. But in May of 1993, the right set of circumstances occurred, causing the genetic time bomb that had been with him since he was born to detonate, and his life ended.

Apparently I had a genetic time bomb of my own, and somewhere within the last three years it went off. But mine didn’t go off with a loud, catastrophic bang. It was a slow moving incendiary device, that gradually chipped away at my mind’s ability to work. I had been too long overclocked, and my circuit boards suffered heat damage. Too many fires had burned out of control.

And my life has changed forever.

Currently I am in the process of changing to a new medication plan. My brain stabilizer of choice is Adderall; so far I need a small but consistent dose. I will admit that I’m not comfortable taking an amphetamine, even one that is very mild and tightly regulated. I have heard horror stories about what those things can do under the wrong circumstances. But it was either that or watch everything that matters to me fall away. So, bottoms up!

I’m also looking for an additional counselor to help me with some specific issues. I’m also putting together a plan for controlling my weight. These are all part of a larger gestalt of treatment plans. How well it works remains to be seen.

My reactions to this whole affair have covered a huge range: anger, sadness, confusion, and even vindication. And this ride is still ongoing. In fact, this may only be the beginning. This isn’t something I can fight. I can only manage it.

Time to adjust course and move on.

One thought on “Winter of my discontent”