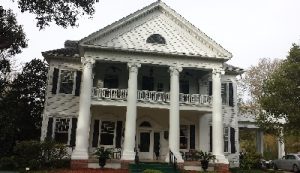 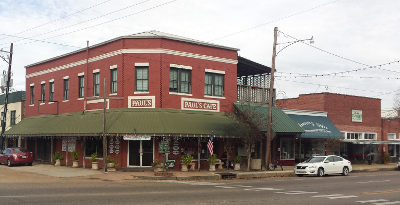 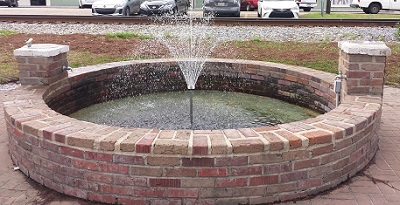 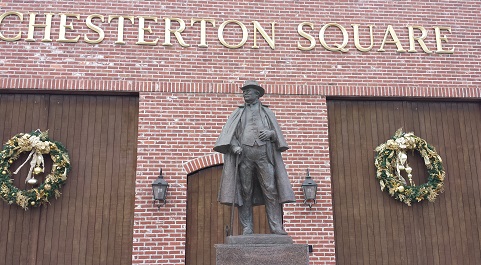 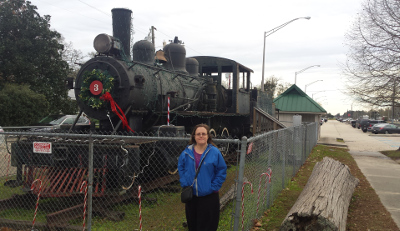 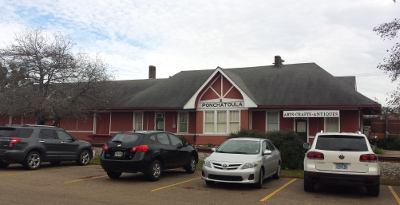 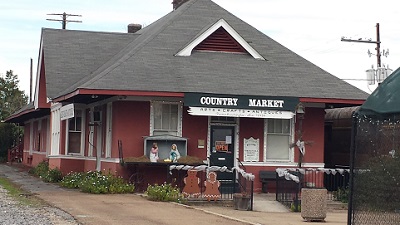 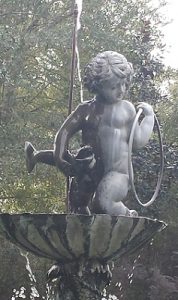 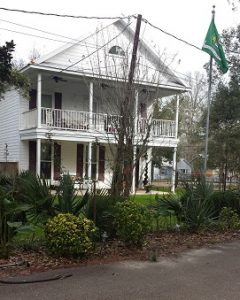 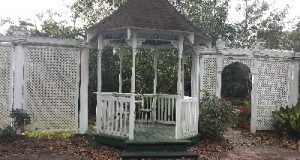 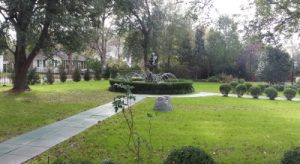 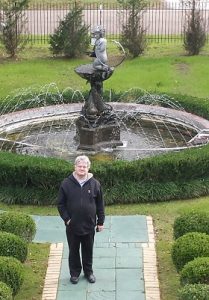 Me, at the main fountain

The main building is where the restaurant is located, so when we went to breakfast the next morning we explored this historic house. We also had a nice chat with the chef, Chef Michel. He mentioned seeing our Virginia license plate, so he asked what area we were from. Not only had he heard of Culpeper County, but he has visited the place a few times. He still has an investment is some property in nearby Madison, and has done business with the Meander Inn and Plantation, which we have also visited. 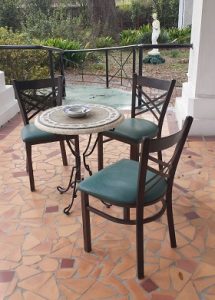 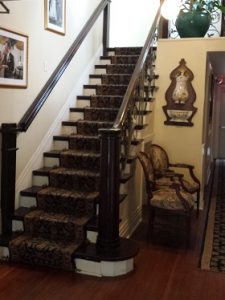 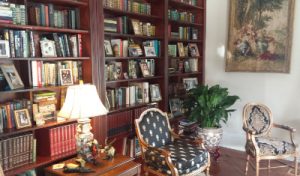 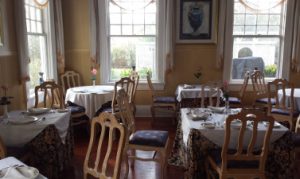 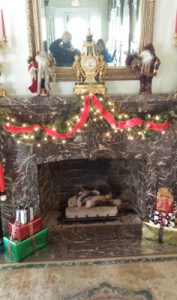 Surrounding the fireplace in the lobby are framed photographs of some famous guests who have visited in the past. These have include statesmen, writers, businessmen, and entertainers. Chef Michel shared an amusing story about actress Gillian Anderson coming to breakfast wearing flannel pajamas and fluffy slippers, without a care in the world. Anderson enjoyed that she had been at the inn for the better part of a week before anyone recognized her.

We stayed in the Venetian Suite, which is in a third building on the property, hidden behind a bamboo grove. As the name suggests, the decor has an Italian flare to it. 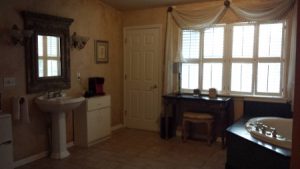 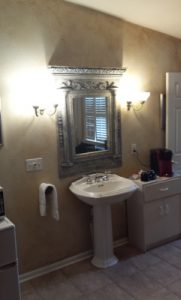 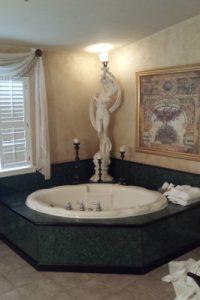 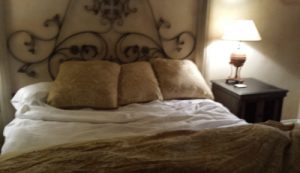 The king bed is too large for our bedroom! 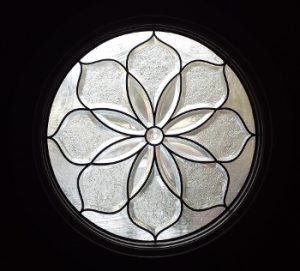 Rose window, from the washroom. 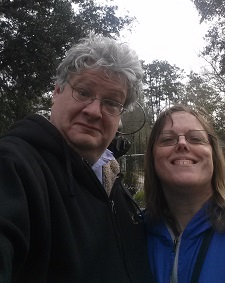 Our visit to Michabelle, a “vacation with a vacation,” was less than one day, but it was worth every minute. We’re keeping further details about this part of the trip to ourselves. This was a romantic getaway after all…

One thought on “Michabelle Inn”