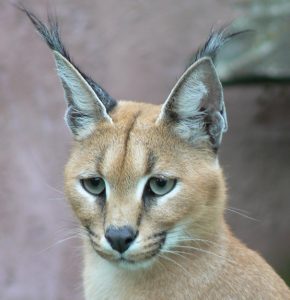 The year 2016 was very hard for the family. A lot of plans had to be curtailed or dropped, and several ideas went up in smoke. Even now, it looks like things are going to be difficult for a while. So we decided to end the year on a high note and take a trip.

When we started planning this, the future looked bumpy. By this time I knew that my job with the Library was coming to an end, and that the full extent of ADHD’s havoc on my life was worse than I first thought. As for Lisa, her future was going to get increasingly busy, because she was going to be returning to the work force after being a stay at home mom for almost ten years. With all of this in mind, we wanted Caitlin and Michael to have a good sized helping of fun before life’s troubles closed in with a vengeance.

As with some previous trips, this one had a silly animal name: Operation Caracal. This trip closely followed the route of an earlier trip, Arapaima. The primary destination was Hammond, Louisiana, where Lisa’s parents live, and not far from where Lisa’s sisters live. Partially because of this, we also decided to scope out this area for possible places to live and work. Because of the family connections, the greater New Orleans area would be a logical choice for us, should the upcoming life changes require us to relocate.

The plan for the trip was a very simple one. We would drive down, be total vegetables for almost two weeks, and drive back. We considered side trips to attractions in Atlanta and Chattanooga, but for largely financial reasons we stayed on the straight and narrow path.

We left home on the afternoon of December 21, after dropping Dr. Watson at his pet resort. Our target for the night was Bristol, Virginia, roughly five hours away. On the whole this first leg of the trip was easy, except for some bad traffic on I-81. 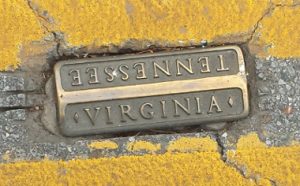 Bristol is famous for straddling the Virginia/Tennessee state line. The state line runs right down the middle of one of the main streets, where there are little brass plaques every few yards. They read Virginia on one side, and Tennessee on the other. Geico recently featured these plaques in one of their commercials. We decided to have a little fun with them. 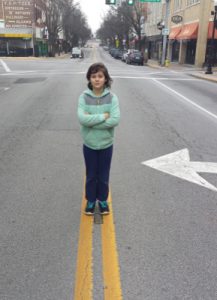 Bristol also has this historic rail station. In addition to still being a functioning train station, this building is used as an event venue, dance hall, and meeting location.

There are some other interesting sights around town. Bristol figures prominently in country-western music. My own musical interests lean toward folk and classic rock, but there is a certain amount of overlap. I would be curious to explore this town in greater depth at some point. 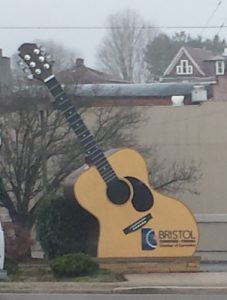 This is supposedly the largest (or one of the largest) playable guitar in the world. I don’t know how one would actually play it, though. It’s located in front of the chamber of commerce building, on the Tennessee side of town. 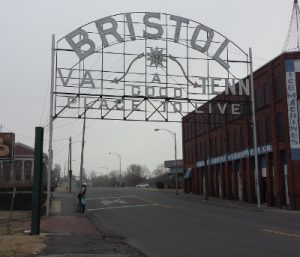 This sign straddles the street that serves as the state line. If you look carefully, you can see Caitlin and I near the base. This sign is pretty big!

As we continued southwest, we climbed in altitude, and the air became increasingly brisk. The stretch through Tennessee is the highest part of the route. 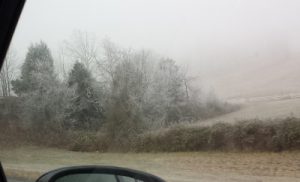 Lisa managed to grab this lovely image of the interesting frost effect that occurred in the high, cold Tennessee mountains between Bristol and Knoxville.

Not long after crossing the Tennessee River in Chattanooga, the altitude drops rapidly. Once out of the mountains, the route enters the long coastal plain of the Southeastern United States.

This part of the trip, the stretch through Alabama and Mississippi, has to be the dullest piece of road I have ever been on. I’m sure there are nice things to see and do along the way, but we were weren’t making any unnecessary stops. In hindsight, perhaps we should have. It might have broken up the monotony.

By the time we finally reached the Louisiana state line, it was after 9:00pm, and we were all good and truly sick of riding in the car. Also, my Adderall had worn off, so I was coming unglued. The last few miles were arguably the worst. When we reached Lisa’s parents house around 11:00pm, we were beside ourselves.

Once safely encamped in the guest rooms, all of us, even Michael, slept like logs.

We decided that for future trips we would try to time things differently. This drive, under the best of circumstances, takes roughly fifteen hours. Doing five hours one day, and ten hours the next sounded good on paper. In practice, not so much.